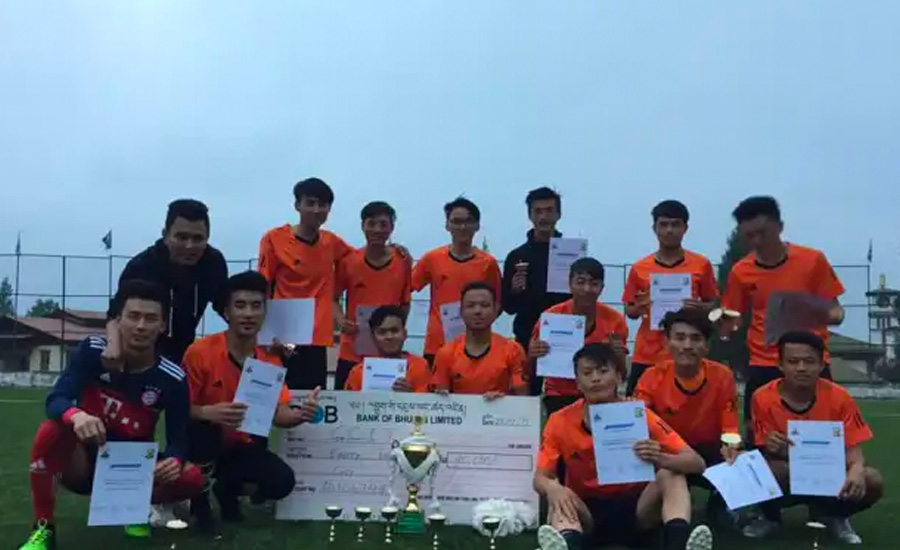 Total of 31 teams from various Eastern Dzongkhags participated to commemorate His Majesty’s 39th Birth Anniversary, with the theme “Education through sports.” Season 2 of Chancellor’s Cup.

GCIT and Sherubtse College made it to the finals. Even though both the teams went draw during the first half of the match with 1 goal each, GCIT bagged runners up position with NU. 80,000.